The Chinese have been using cannabis for thousands of years, and I’m not just talking about hemp rope. They were using for many things, like oil, paper and clothing and of course including getting high. The Chinese used cannabis saunas, placing both the leaves and buds on hot rocks, and inhaling the smoke produced. Wow, a 4,000 year old hot box, how cool is that.

They found proof up in the mountains near Tajikistan. After testing the relics, they found that the Chinese cannabis was even more potent than western weed 50 years ago. They were growing hybrid cannabis at least 1,500 years ago. Scientists also recently discovered the origins of cannabis. Using pollen studies, they pinpointed the Tibetan Plateau as the birth place of cannabis.

After being in the Caucasus, these new findings further East sent me on a quest to the Pamir mountains. I needed to get my hands on the seeds of this historic hybrid. But man, I was scared of going through China. They have secret agents following me everywhere. Most remote hotels won’t even accept me as a foreigner in their hotel. Acquiring ancient Chinese secret landrace cannabis seeds was the most difficult challenge of my career.

Stay tuned for Part II coming soon. What country is your favorite strain from? Be sure to bookmark our website and leave your comments below. 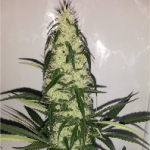 Hi fellow growers, my pen name is ‘Rising Cola’ and I’ve been growing weed for 30 years. I have traveled the globe for 25 years learning from cannabis breeders from around the world. I run a blog at cannabisgrowers.com sharing my worldly cannabis growing experiences.